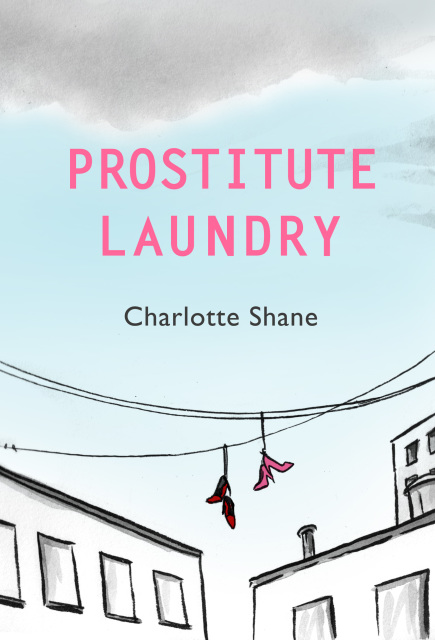 In the winter of 2014, writer and sex worker Charlotte Shane sent out her confessional letter to a small but devoted mailing list. In the months that followed, readership grew to over 5,000 subscribers who followed her candid, unstinting, sometimes heartbreaking meditations. Word spread quickly, garnering the project recognition from outlets such as The Washington Post and NPR.

This intimate investigation is one young woman’s best attempt at understanding her own rich, conflicted life, and the forces that act upon it. The collection is a thoughtful serial memoir about love, sex, money, and identity—how those forces can break us, and how they can make us whole again.

[Prostitute Laundry] is so beautiful and so heartbreaking. It’s a book that makes me feel a little less alone. — New York Times Books Podcast

Shane narrates . . . in a kind of gentle, considered past tense that makes each missive read as if it has been very sagely composed by a writer who has lived 50 years since . . . That’s exactly what Dickens had a talent for, too. — The Guardian

Addictive, intimate . . . Prostitute Laundry is not popular because of its graphic sexual content . . . but more so because of Shane's ability to write so poetically about humanity. — Vice

Every form of writing has an author whose work helped define it; for TinyLetter, that author is Charlotte Shane. I don’t think anyone understood what a TinyLetter really could be until Shane began her Prostitute Laundry series in February of 2014 . . . It felt like reading a novel in serial form, spiked with the knowledge that these experiences were drawn from someone’s daily reality. And then, there’s the prose, which is absolutely hypnotic—intimate, confessional, and even self-scouring in a way that’s unspeakably rare. — Brooklyn Magazine

Her writing . . . is in turns incisive and tender, embracing human frailty with bracing honesty. — The Establishment