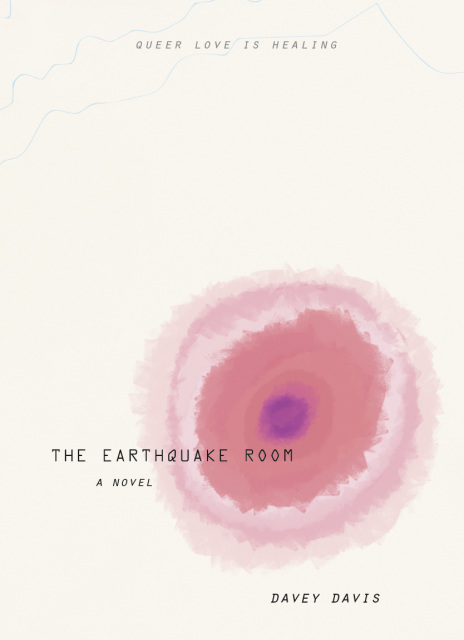 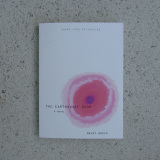 In the near future, Oakland is haunted by natural disaster and political collapse. When k realizes that she has infected her girlfriend, bea, with a disease, she loses herself in a masochistic quest for atonement, leaving bea to contend with her fears about an increasingly precarious world by herself. Literary and adventurous, lyrical yet anchored, Davey Davis' work explores the meanings of responsibility, romantic love, and queer resistance in a late-capitalist hellscape where futurity is always in question.

"Davis is an observant and meticulous writer [...] Their writing is both surgical and mystical"

"Davis’s ability to trace the reverberations of psychic damage through to the body, and into its encounters with other bodies, is especially remarkable."

"Intimate, taut, shimmery, and unflinching, the earthquake room crosses two cities, one bay, and a kind of queer love that feels like it's about to be lost forever. This is the very physical story of a nearby disaster, an urgent reminder that the (almost) end of the world doesn't mean what we feel for one another gets squared up—but rather that wanting to feel at all is how we survive.

"Davey Davis’ writing is so intimate it’s uncomfortable, so certain that it’s incredibly anxious. the earthquake room is chock-full of satisfying paradoxes and nuanced complexities."

—Amber Dawn, author of How Poetry Saved My Life and Sub Rosa

"the earthquake room is a beautifully written story about love, pain, fear, and friendship set against an apocalyptic moment that looks very much like our own. It's a romance at once dystopian and utopian, wrought with a miniaturist's skill and precision."

"Immutable dread permeates the novel, which tells the story of a disintegrating queer relationship against the backdrop of a very-near-future Oakland in which the threat of devastating natural disaster looms. Yet amidst the pre-apocalypse, life—aka dyke drama—must go on. The novel’s unfortunate prescience struck me this week, as I hid in my apartment from the Most Unhealthy Air Quality in the World, perusing an Instagram feed that alternated between respiratory mask selfies and personal ads (“NON-TOXIC MASC 4 RADICAL TENDERNESS”). I couldn’t help feeling as though Davis’s vision of the very-near-future had in fact already arrived."